Get a coupon for 15% OFF and FREE SHIPPING on your first purchase of $89+ when you sign up to receive the Gear.com newsletter. 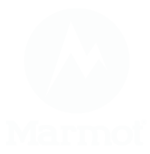 People. Planet. Product. Marmot’s commitment to quality is driven by this ethos.

True to its core values, Marmot has been producing high-quality equipment and technical clothing that outdoor enthusiasts need (and want!) since 1974. But its roots were planted three years prior to that, on a glacier in Alaska’s Juneau Icefield. It was there two University of California Santa Cruz students, Dave Huntley and Eric Reynolds, started the Marmot Club.

The first rule of the Marmot Club? Everyone is president. To become president? You had to climb a glaciated peak with another Marmot. The club was, after all, named after a highly social squirrel. And that signature animal sometimes shows up on Marmot’s retro trucker hats and vintage t-shirts.

That summer, Dave and Eric began making prototypes of down vests and parkas in their dorm room. During those early years, the two also spent seven nights in a commercial meat locker testing sleeping bags made with an innovative new fabric: Gore-Tex. Now a standard in weatherproof gear, Marmot was one of the first companies to start using the material and is the oldest customer of W.L. Gore in the international outdoor industry.

Marmot’s collections continually push boundaries and include increasingly more products made from eco-friendly materials such as recycled polyester, upcycled plastic and organic cotton. Marmot is a Bluesign system partner and also requires its down suppliers to comply with animal rights policies.

People. Planet. Product. Marmot’s commitment to quality comes full circle with this ethos. Embark on your next adventure outfitted with gear from this renowned brand.